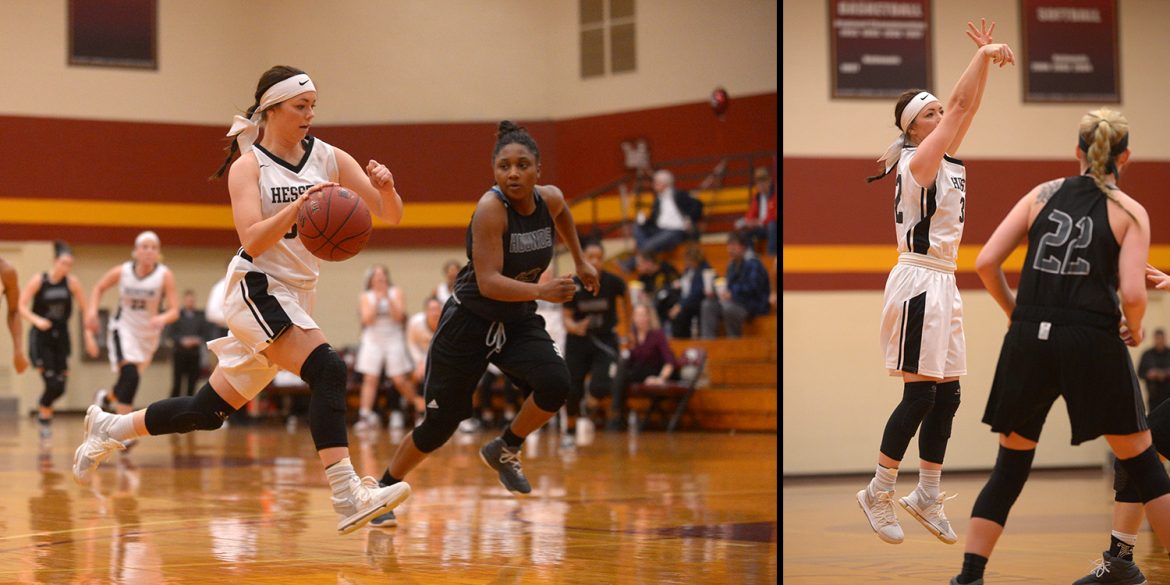 Monday night the Hesston College Larks women’s basketball team defeated the Tabor College Bluejay JV 59-40. Prior to the game, Connor Atkinson was honored with setting two records, the most 3-pointers made in a season (55) and a career at Hesston College (100). The game then, could not have started off in a more perfect way. Atkinson hit a 3-pointer just 30 seconds into the game as the Larks went up 3-0.

“I am very happy for Connor,” said Head Coach Jeff Jacobs. “She has developed into a nice player.”

Hesston College dominated the first half, opening the game with an an 18-2 run. The Larks continued to control, stretching their lead to 25-8 at the end of the first quarter. The Larks then went on to only give up two points in the entirety of the second quarter leading 35-10 at halftime.

“We had a good first half,” said Coach Jacobs.

Whitney Green led the team in scoring with 18 points while Atkinson added 10. Seven other Larks got on the score sheet. Savannah Villegas and Kara Horton led the team on the defensive boards with six each as the team totaled 33 rebounds on the night.

The Larks will be back in action on Wednesday as they travel to NJCAA Region VI opponent Johnson County Community College. Tipoff is scheduled for 5:30 p.m.