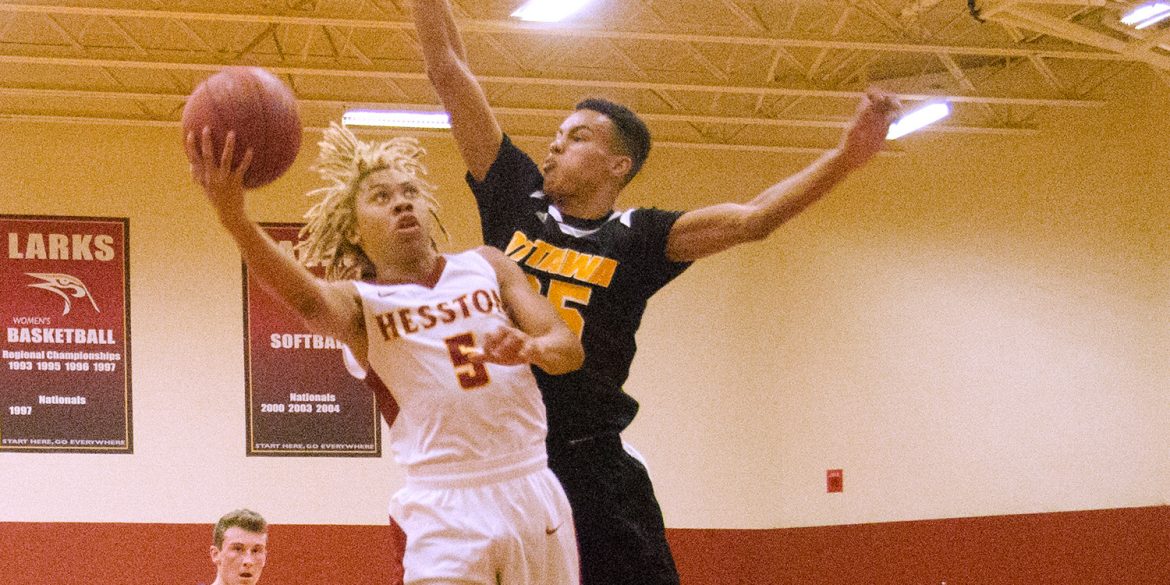 Hesston College men’ hoops opened the regular season at home Nov. 1 against the Ottawa University Braves JV team. From the tip-off the Larks put pressure on the Braves by going to the hoop, drawing quick fouls and putting on the full-court pressure. It was a back and forth affair until the Larks made their first substitution. Cal Hartley came onto the court to make his collegiate debut and had an immediate impact. Hartley made his first three shots, all from behind the arc, and finished the game with 17 points. Hesston began to stretch the lead and did not look back.

The Larks fast paced offense was too much for Ottawa. “On offense I thought we controlled the pace,” said Head Coach Dustin Gaylon. “We made it an up-tempo game which is what we wanted.”

The Larks head to Newton to play Bethel College JV tonight at 8 p.m. They will be back home on Monday, November 6, vs McPherson JV at 8 p.m.