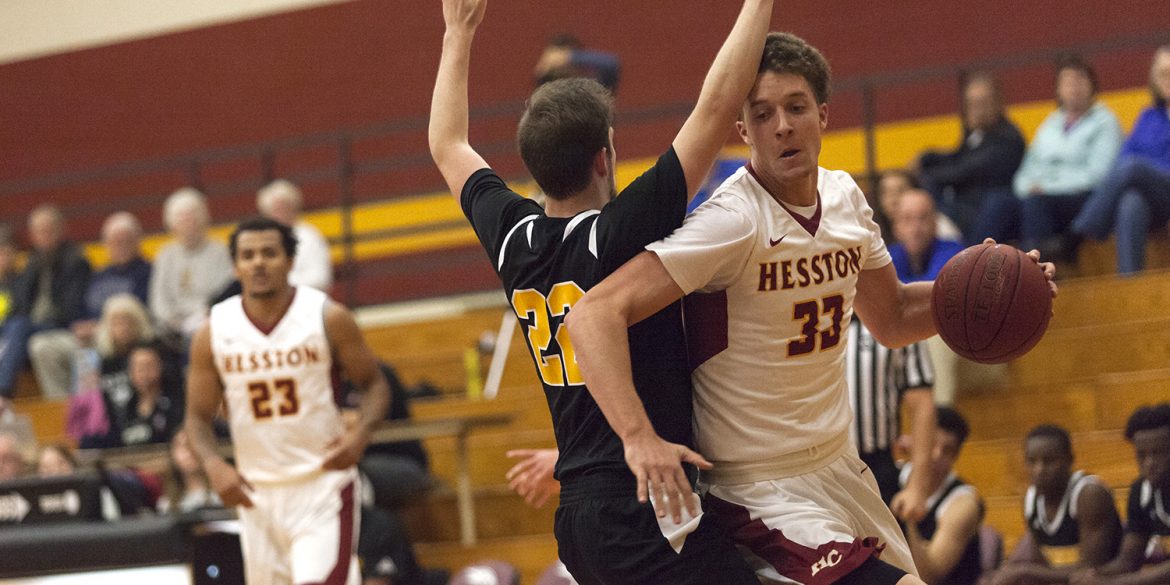 The Lark men’s basketball team moved to 3-0 Monday night, defeating McPherson JV 102-81. The Larks won the tip and right from the start they proved they were going to attack the rim. Up 4-0, Grant Harding blocked a 3-point attempt from the corner. The ball fell quickly to Coye Campbell and he brought the ball up the far side of the court. Drawing the defender, he made a nice bounce pass to Cal Hartley who went over the defender with a floater. The opening five minutes were more of the same with Campbell hitting a three, putting Hesston up 16-4 over the visiting Bulldogs of McPherson College. The Larks kept the pressure on and led 54-22 at halftime.

Campbell led the team with 25 points and added eight rebounds, six assists a steal and a block. Zac Neely went for 17 with seven boards. Hartley, a new addition to the starting lineup, scored 16 points on the night as did fellow freshman Harding. Freshman Issiah Smith came off the bench and had six points and six rebounds.