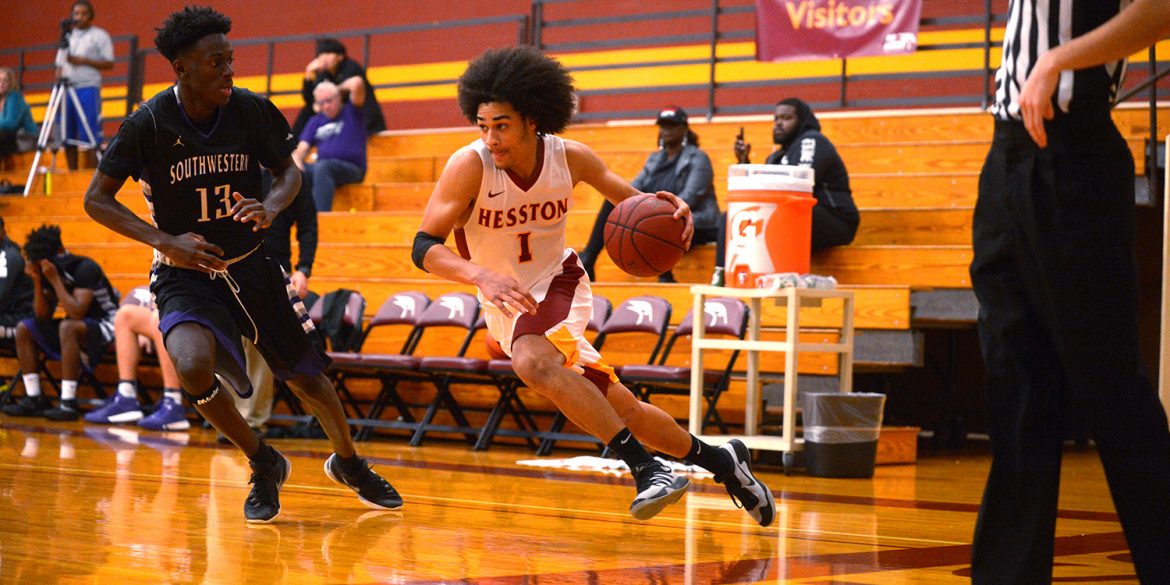 A clinical night from the Hesston College men’s basketball team as the Larks beat the Moundbuilders JV of Southwestern College 114-67. The Larks came out with high pressure and forced the Moundbuilders into early mistakes that they could not overcome. Aggressive defensive play allowed the Larks to force 26 turnovers throughout the game. This swarming defense resulted in 33 points from those turnovers.

With the high intensity on defense and as the lead continued to mount, Head Coach Dustin Gaylon was able to rotate his bench. “It was a great team effort” said Gaylon. “Every guy had a positive contribution.” This contribution manifested itself with every player on the active roster getting on the scoresheet. The bench accounted for 77 points on the night. Coye Campbell and Aubrey Johnson started and each scored in double digits (11 and 10) while that explosion off the bench yielded double digits for Cal Hartley (12), Braden Handcock (19), Shannon Cordes (10) and CR Curless (11). Adding to the dominant defensive and team play were nine different players with a steal. “I thought we were very focused,” concluded Coach Gaylon.

The Larks will next play at Southeast Community College (Beatrice, Neb.) on Saturday, November 25. They will follow that with another away game at Rhema Bible College on Tuesday, November 28. They will be home again on Thursday, November 30, at 8 p.m. against Louisiana Christian School.