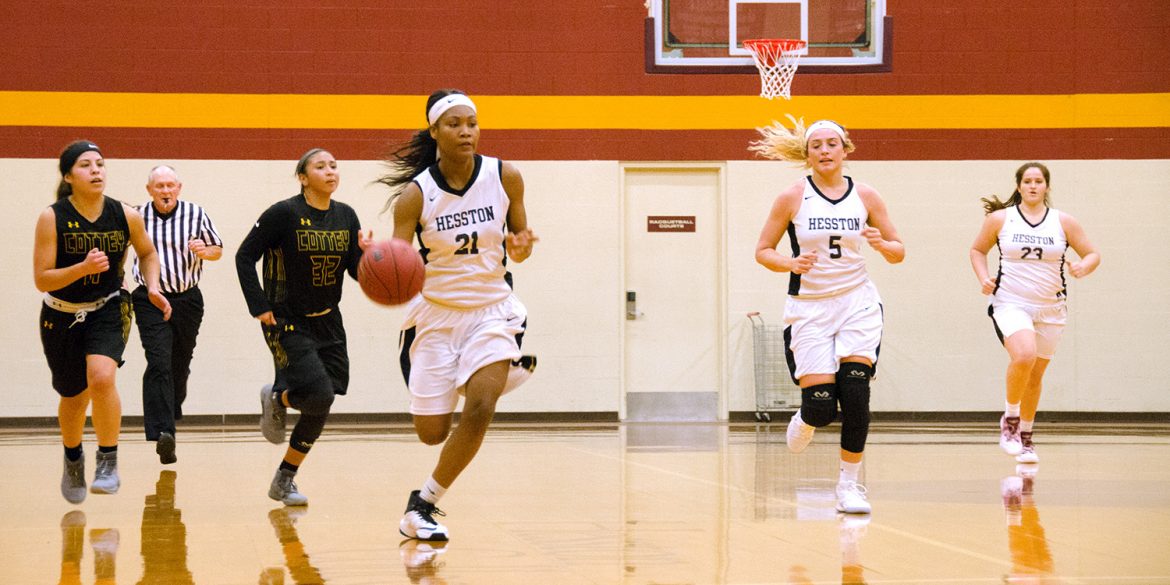 Hesston College women’s basketball opened their season at home November 1 with a 82-49 win over Cottey College. The Larks got off to a fast start. Their first possession saw Hunter Begley take the ball into the lane and draw an early foul. She hit both free-throws and the Larks set up the full-court press. Great intensity on the press created a turnover and the following possession sophomore Carissa Slabach nailed a three for the 5-0 lead. Another press caused another Cottey turnover and the Larks again hit from beyond the arc. This time it was sophomore Connor Atkinson.

The game fell into a rhythm but the larks were just too strong on the board and from behind the arc, hitting 8 of 17. The transition game was also strong for the Larks as they scored 19 points off turnovers. Atkinson led the team with 23 points. Morgan Sterner came off the bench and was a force on the boards picking up 11 defensive rebounds.

“It’s always good to get a win,” said Head Coach Jeff Jacobs. “However, we have a lot to work on, especially our rebounding.”

The Larks travel to Liberal to take on Seward County Community College Saturday and then home on Monday, November 6, at 6 p.m. against McPherson JV.