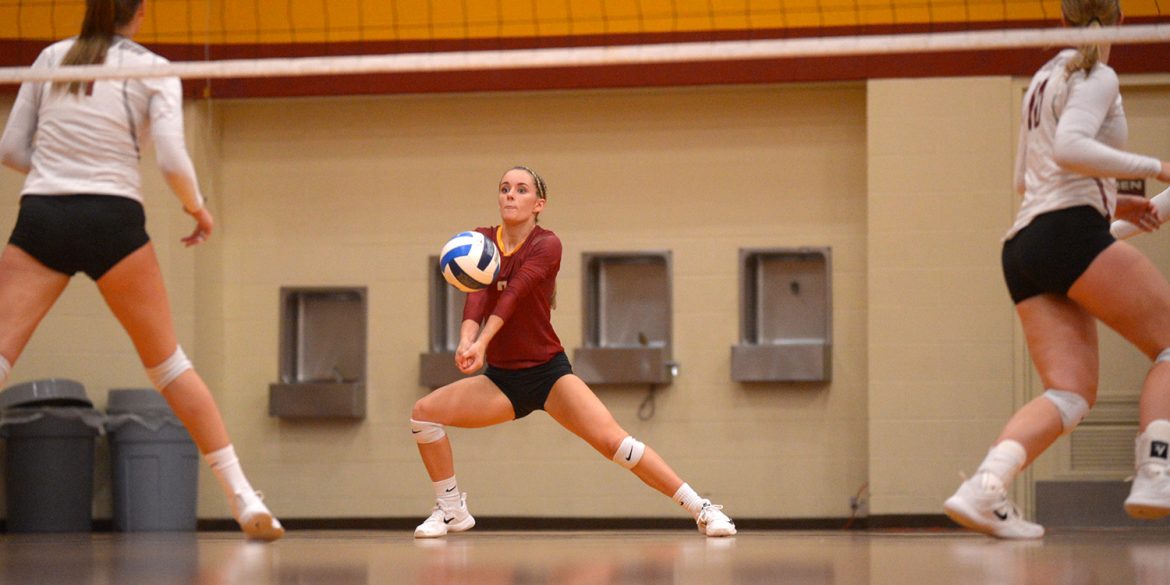 Friday night was a culmination of hard work and mental toughness in Hesston College’s straight set victory at home against Cloud County Community College. “We played really tough against Cloud and we were mentally ready to put together a good game,” said Head Coach DeeDee Landes. The Larks did just that winning three close set 25-20, 25-20 and 25-22.

Stand out performances on the evening were libero Kylie Brenneman who had a fantastic night defensively. She read hits and passed the ball well to set up the offense. Setter Faith Hallmark built on that solid defensive effort and ran the offense effectively. Haley Unruh led the offense with ten kills, followed closely by Kylee Kasselman (9) and Sierrah Long (8). The team rounded off the overall performance with some key blocks.

Coach Landes was most impressed with the team’s preparation. “The girls worked really hard in practice and it showed” said Landes. The Larks will play at Labette Community College (Parson) this Wednesday and at Metropolitan Community College-Longview for a triangular this Friday.