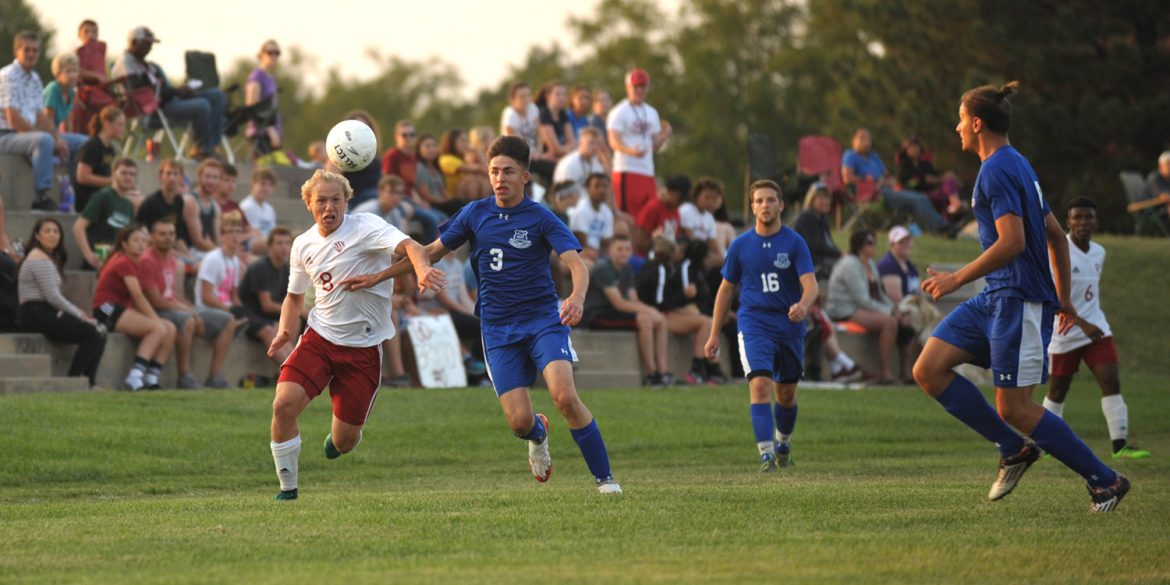 An exciting game in Hesston as Pratt Community College was in town for the Larks first game of Region VI competition on the west side of the conference this season. Pratt opened the scoring with a goal midway through the first half. Both teams played a lackluster first half with no really good chances other than the goal. Early in the second half Pratt received a penalty which they converted to post a 2-0 lead. Just a few minutes later they scored again and seemed to put the Larks out of reach.

At the 26 minute mark the Larks earned a free kick and Zach Williams stepped up and whipped the ball into the box where Roe Russey nodded it in for Hesston’s first goal of the game, and the comeback was on. A few minutes later, Dawson McCawley played Luis Roque in behind the defense and he slotted the ball past the keeper for number two. McCawley was involved as another cross came into the box and he flicked it on. A few touches later, the Pratt defense gifted the Larks goal number three with an own goal with just 10 minutes until full-time.

“The crowd was full and loud and the energy on the field was electric,” said Head Coach Matt Gerlach about the last ten minutes after the third goal. “We knew we were going to win at that point, we had all the momentum and the guys were finally playing as one.”

With just one minute and 48 seconds the Larks went ahead to complete the comeback. Cain Hernandez turned at midfield and passed to Sammy Rios who finished a beautiful shot over the keeper’s head. “The team really did something special today” said Gerlach. “They started to play for each other, they started really moving the ball and playing up to the potential they have together. If they can put this together for 90 minutes, we will have a chance to do something really special this year.”

Goalkeeper Bryce White had five saves on the day.