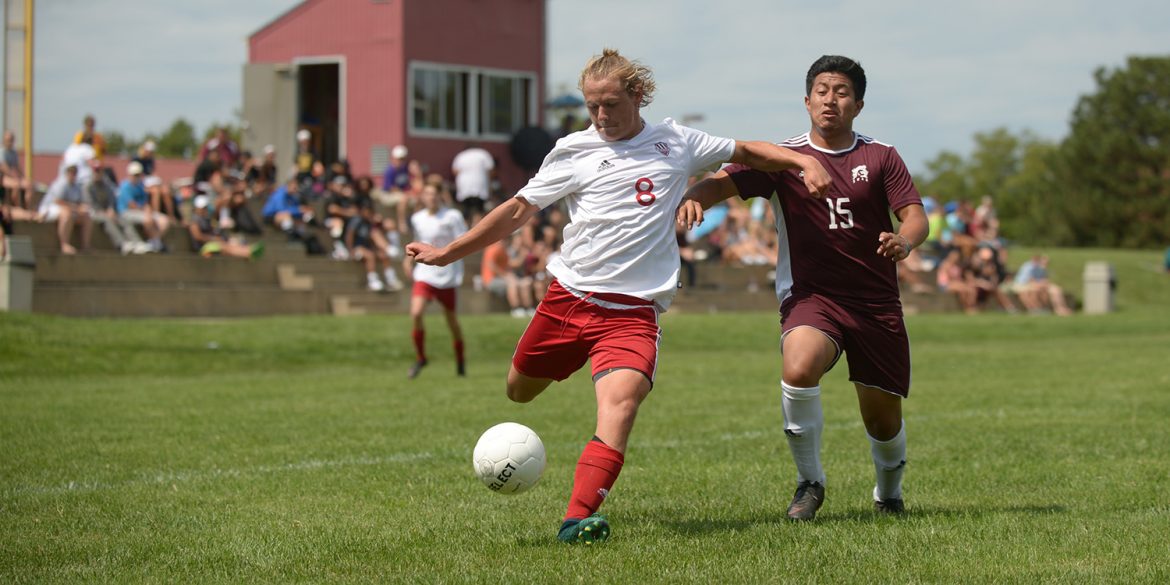 With the first week of classes over, the Larks took the field for their first two regular season games. The first home athletic contest of the 2017-18 school year could not have gotten off to a better start for the Larks. On Friday night against Bethany College’s reserves, Nadeem Jaber scored twice in the first six minutes to kickoff a four-goal half.

“The boys put pressure on right from the start,” said Head Coach Matt Gerlach. “It was fantastic to get the first game started the right way.”

The rest of the game was all Larks as five other guys got on the score sheet. Four goals in each half gave the Larks an 8-0 lead, only conceding a late goal as the game was well in hand. All 22 healthy players on the roster got major minutes as Coach Gerlach was pleased with the outcome.

“You can never be upset with scoring eight goals, even more excited that each goal came with an assist. It was a fantastic way to start the season.”

Sunday afternoon started off in equally good fashion with two quick first half goals for the Larks. Up against Southwestern Adventist University, Dawson McCawley rocketed a missile from the right side past the goalkeeper on a great over the top ball by Roe Russey. Just a few minutes later, Cain Hernandez was fouled in the penalty box and he stepped up and dispatched the penalty kick for the second goal of the game. A few chances on both sides saw Larks’ freshman keeper Bryce White make a great save on a one vs. one chance for the Knights.

A sluggish start to the second half saw the Knights get a goal back after several poor attempts at a clearance for the Larks making the score 2-1. But 15 minutes into the second half, one of the Knights defenders made his second bad foul of the day and saw a second yellow card. With this ejection and the heat of mid-day game, the Larks took full advantage of the game and started pushing for the goal that would finish off the game. It came at the midway mark of the second half, again from Dawson McCawley. McCawley tallied for a third time a few minutes later to seal the victory for the Larks and tally his first collegiate hat trick.

“Being 2-0 is a great way to start the season. Our expectations are much higher than last year,” said Coach Gerlach. “We have a few things we really need to adjust before we get in the NJCAA Region VI competition if we want to make the jump to being competitive. However, I’m proud of winning games and where this team is heading.”

The Larks are back in action at home on Tuesday night against the Tabor College reserves. The game will kickoff at 7 p.m.