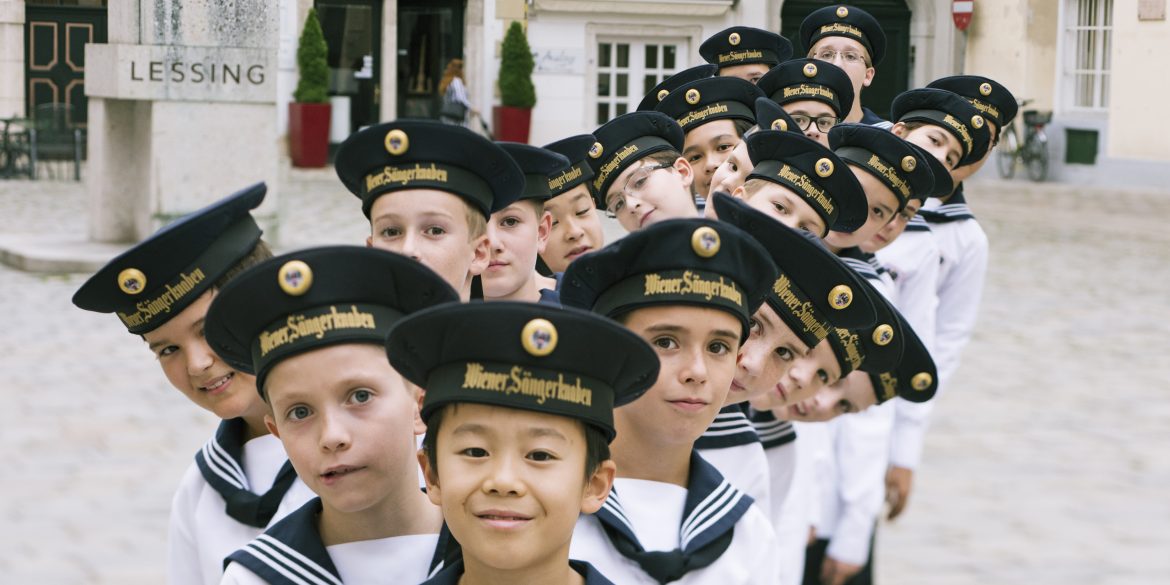 For its 35th season, the Hesston-Bethel Performing Arts (HBPA) series will feature a vast array of performing art and culture from some of the world’s most popular ensembles.

An improvised musical comedy will open the season on Oct. 5 at Bethel College’s (North Newton, Kan.) Krehbiel Auditorium in Luyken Fine Arts Center, with Broadway’s Next Hit Musical. The unique performance features musical theatre meets “Whose Line Is It Anyway?” when master improvisers gather made up song suggestions from the audience and a create a spontaneous evening of music, humor and laughter.

Renowned as one of the finest vocal ensembles in the world for more than five decades, the Vienna Boys Choir returns to the HBPA stage for the first time since 1993 on Nov. 9, at Hesston Mennonite Church on the Hesston College campus. Made up of 23 to 26 boys who audition from around the world, the choir performs annually throughout the U.S. and world at renowned concert venues like Carnegie Hall and Chicago’s Symphony Hall.

HBPA will celebrate the holiday season with Christmas with Mirari Brass Quintet on Dec. 1, at Hesston Mennonite Church. The commissioners of multiple new works for brass, the group balances intensity, lightness, refined virtuosity and fun. Their repertoire spans many centuries and genres in celebration of the holiday season.

The British vocal ensemble VOCES8, now established as one of the world’s most versatile and best-loved singing groups, will take the HBPA stage on Feb. 9, at Hesston Mennonite Church. Touring extensively throughout Europe, North America and Asia, the group performs a repertoire from Renaissance to contemporary commissions and arrangements.

The culmination of the 35th anniversary season will be classical guitarist Berta Rojas with the Newton Mid-Kansas Symphony Orchestra on April 8 in Bethel College’s Memorial Hall. Hailing from Paraguay, Rojas ranks among today’s foremost classical guitarists and has been praised by the Washington Post as “guitarist extraordinaire” and “ambassador of the classical guitar” by Classical Guitar Magazine.

For more information or to purchase tickets, call 620-327-8158 or go to hesstonbethel.org.

Started in 1982 as Hesston Performing Arts, the series expanded in 1998 when Hesston College joined forces with Bethel College for The Hesston-Bethel Performing Arts series. The series presents five performances by world-renowned or regionally acclaimed artists each year. HBPA is funded in part by the Hesston Convention and Visitors Bureau, the city of North Newton, Excel Industries and Hustler Turf Equipment (Hesston), the North Newton Community Foundation, the Kansas Creative Arts Industries Commission, which receives support from the National Endowment for the Arts, and an award from the National Endowment for the Arts. Area businesses and patrons provide additional funding for the HBPA series.