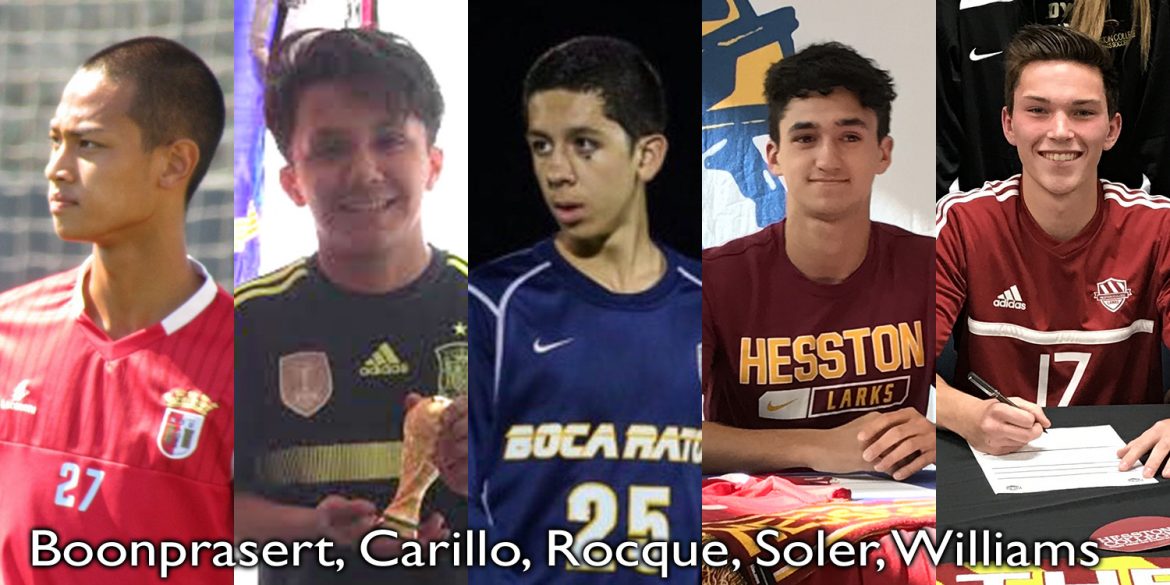 The Hesston College men’s soccer team is excited to announce the commitment of nine more student-athletes, completing one of the largest soccer recruiting classes in school history. Joining the Larks will be two players each from Texas, Kansas and Florida and one from Nebraska as well as two international students, from France and Thailand. These nine freshman will join nine others as well as six sophomores to make up the 2017 roster. The team will include players from five countries and eight states.

“This group of freshman should really solidify who we are trying to become and help us accomplish things that have not happened with the men’s soccer team in over a decade,” Head Coach Matt Gerlach commented. “These guys are going to be a vital part of this program moving forward because they already have a desire to be great men, influence the world and make a difference through loving the game of soccer”

The 2017 Larks soccer team hopes to build off of their 5-13-1 record in Coach Matt Gerlach’s second year at the helm.