Softball falls to Neosho in regional 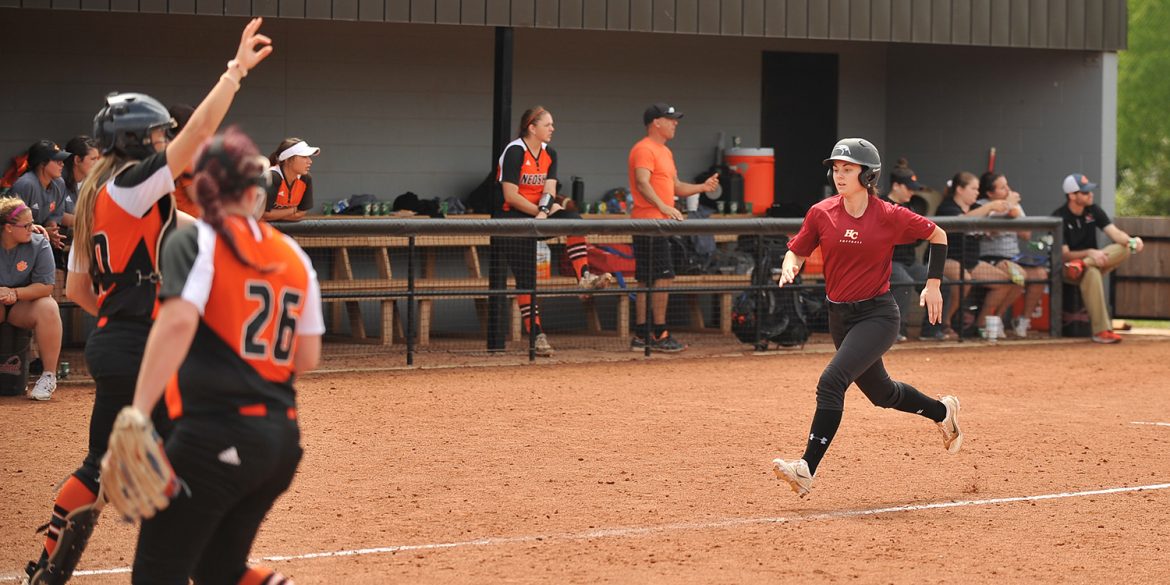 Taylor Martin heads home to score the Larks’ only run of the day.

The Larks saw success against Neosho in early March, splitting a two game series winning 9-1, before losing 8-0 at Hesston City Diamond. On Tuesday the Panthers pitchers stole the show, stifling the Larks all day, holding Hesston to a single run.

In game one, the Panthers jumped out to a quick 4-0 lead in the first inning off freshman pitcher Ashley Yasin (Lake Isabella, Calif.). Neosho added two runs in the fifth and one in the sixth for the 7-0 win. The second game saw two solo home runs for the Panthers early on, and a five run fourth inning to grab a 7-0 lead over the Larks. Freshman, Brinkli Jones’s (Cache Valley, Utah) hit an RBI double, scoring freshman Taylor Martin (Lancaster, Pa.) to tally the Larks’ only run of the day and bring the score to 7-1. The tough Panthers pitching staff allowed no walks in both games. Neosho tacked on two insurance runs in the sixth to end things at 9-1.

The Larks finished with a 26-26 record, capturing the most wins for the program, and will look to build on their success in the 2018 season.

“We never were able to get much going offensively. Give credit to Neosho – they played great, hit the ball well. No errors or walks the whole day,” commented Head coach Andrew Sharp. “It was a very positive season for HC Softball, with a lot of momentum to build on for next season.”

The Panthers advance to the second round where they will travel to Hummer Park in Topeka to take on top seeded Cowley College on Saturday.