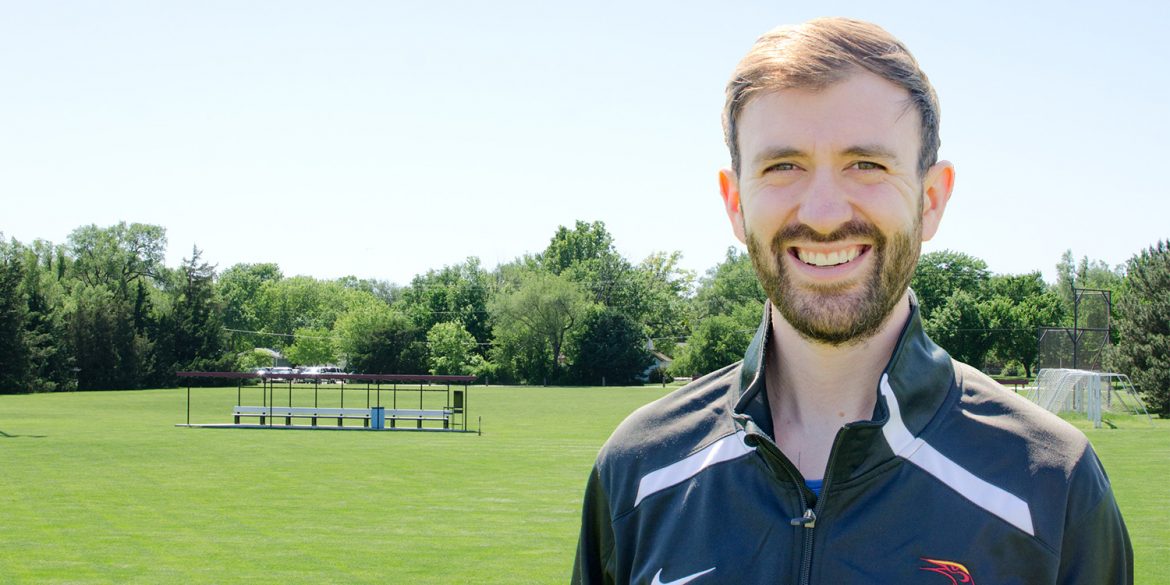 Giroux, a Minnesota native, completed his undergraduate studies at Oklahoma Wesleyan University in exercise science. While there he competed on the varsity soccer, track, cross country and golf teams. Giroux has lived in Leeds, England, where he completed a master’s degree in psychology of sports and exercise from Leeds Beckett University. His degree program gave him the opportunity to use his sports psychology knowledge to work with some of Great Britain’s Olympic athletes prior to their competition at the Rio Olympics 2016.

Giroux played semi-professional soccer at Richmond International Academy and Soccer Academy (RIASA) based in Leeds, helping his team (Bradford/RIASA) to a second place league finish, earning a promotion. While in England, Giroux also coached a U-20 semi-professional men’s team and worked as the academy physio at RIASA. He has more than 10 years of coaching experience, is a Certified Personal Trainer and holds many coaching licenses including the FA Level 2, USSF “D”, USSF GK Level 1 and 2 and the NSCAA National Youth License.

“Jeff set himself apart with his love for Christ, education and tremendous work experience with soccer and Olympic athletes,” Coach Gerlach commented. “He is highly qualified and will bring vast insight, commitment and quality on the field and help the team continue to move forward and grow. We will be a better team and better men because he will be with us on the sidelines.”