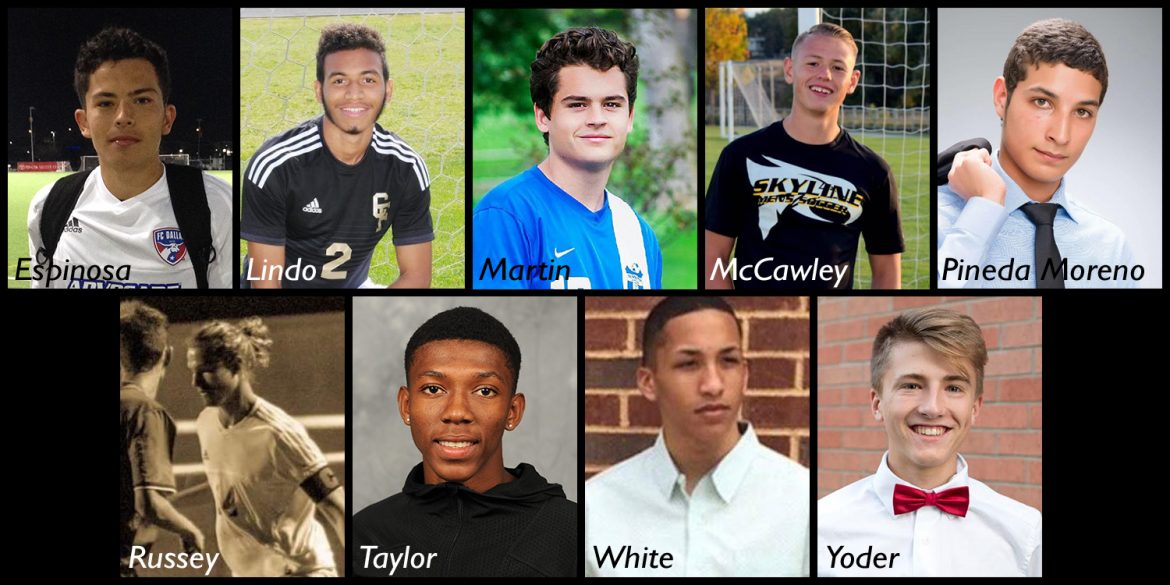 The Hesston College men’s soccer program is proud to announce the commitments of nine student-athletes to join the Larks for the 2017 season. The Larks welcome three players from Texas and one each from South Dakota, Colorado, Texas, Nebraska and Kentucky. The Larks have also added another international student-athlete (Panama).

The group of nine incoming freshmen will join six returning sophomores to the 2017 fall roster. The Larks expect to add a few more commitments in the coming weeks.

“We are excited about the direction of our team and the immediate impact this recruiting class is going to make,” Head Coach Matt Gerlach commented. “We have a diverse group of guys who excel on the field. The speed, size and smarts of these guys are going to instantly bring a high quality to practice and give us renewed competitive opportunities in 2017. But what I’m most excited about is the fact that each one of these young men has already started to buy in to what we are doing. We want them to become great men who can influence the world and do great things through the love of the beautiful game.”

The Larks will look to improve on their 5-13-1 record under their first season with coach Gerlach.