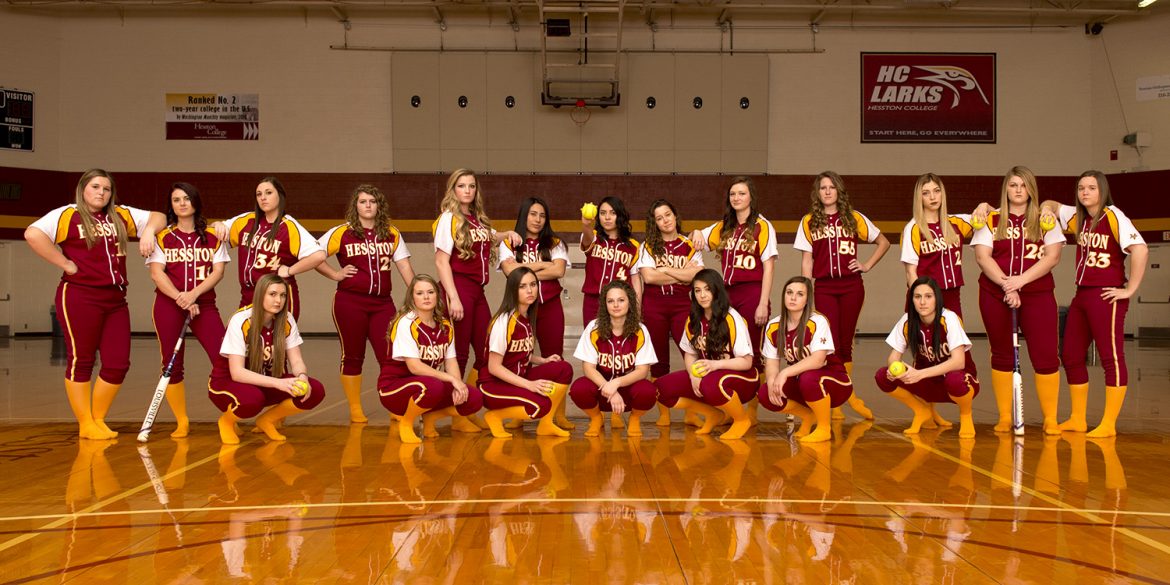 The Hesston College softball team hung on late after a furious Hutchinson (Kan.) CC rally to defeat the #15 ranked Blue Dragons 12-11 in the second game of a double-header, giving Hutch their first region VI loss (5-1). In the first match up at Hesston City Diamond, the Larks jumped out in front 2-0, but fell 4-2.

Game 1:
Freshman Kendall Richardson (Lodi, Calif.) got things going with a solo home run to put the Larks up 1-0. The Larks stretched their lead to 2-0 in the second inning before the Blue Dragons answered. A lead-off home run followed by a pair of RBI singles put Hutchinson on top 3-2 in the third inning. The Larks loaded the bases three times late in the game, but were unable to score. Hutchinson CC added an insurance run to win 4-2.

Game 2:
After trailing 5-3, sophomore Cierra King (Cochranville, Pa.) smashed a grand slam to put the Larks on top 7-5. Hesston added four more runs in the inning to lead 11-5. The Blue Dragons rallied with five runs in the fifth inning to cut the lead to 11-10. A Jerrica Brown (Clovis, Calif.) lead-off home run in the bottom of the sixth inning gave the Larks a 12-10 lead, which would hold up. The Blue Dragons would tack on a sacrifice fly to pull within one, but the potential tying run was stranded as the Larks held on. Hesston College was out-hit 16-10.

Next up- Softball (16-10) will travel to Parsons, Kan., on Friday, March 24, to take on Labette Community College in a double header. First pitch against the Cardinals is set for 2 p.m.