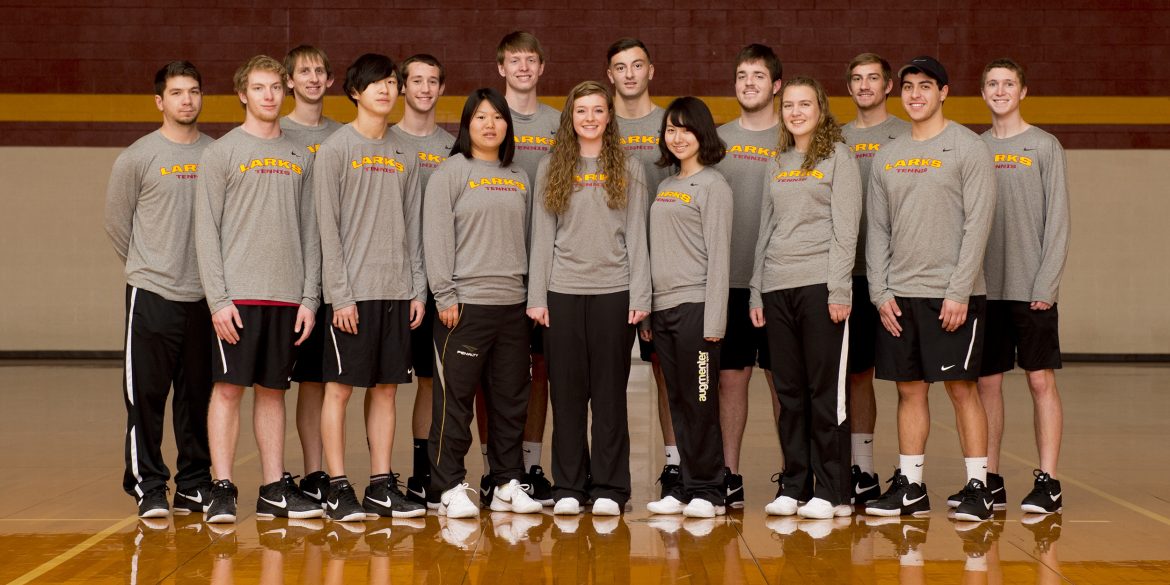 The Hesston College men’s tennis team is eager to begin their 2017 season under first year head coach Chance Joost. The Larks opened their schedule with a trip to Emporia State (Kan.) an NCAA DII school, Wednesday, February 22. The Larks will enjoy seven straight home matches in March, before heading back on the road March 25 (Tabor College)

The mood around the program is spirited and the bar is high, as the Larks look to take another step in the right direction. “The expectation is for us to continue to grow and develop into a nationally prominent program. If all goes well we could make nationals,” Head Coach Chance Joost remarked.

Jaber, an international student from Israel, has impressed early and is expected to start out in the Larks #1 singles slot. “He’s been amazing,” Joost said. Kingsley will provide valuable experience to the Larks roster as one of the two retuning players. “Jaber and Riley Kingsley are two guys who are really going to make a difference for us this year. If those two can get wins then we will have an outstanding year,” Joost commented.

A couple other matches to look out for – Barton Community College comes to town March 14 and Dallas Baptist, an NCAA DII school comes to Hesston for a visit March 10. Hesston’s home opener will be March 5 vs. Concordia University.