Seven commit to Larks Volleyball for 2017 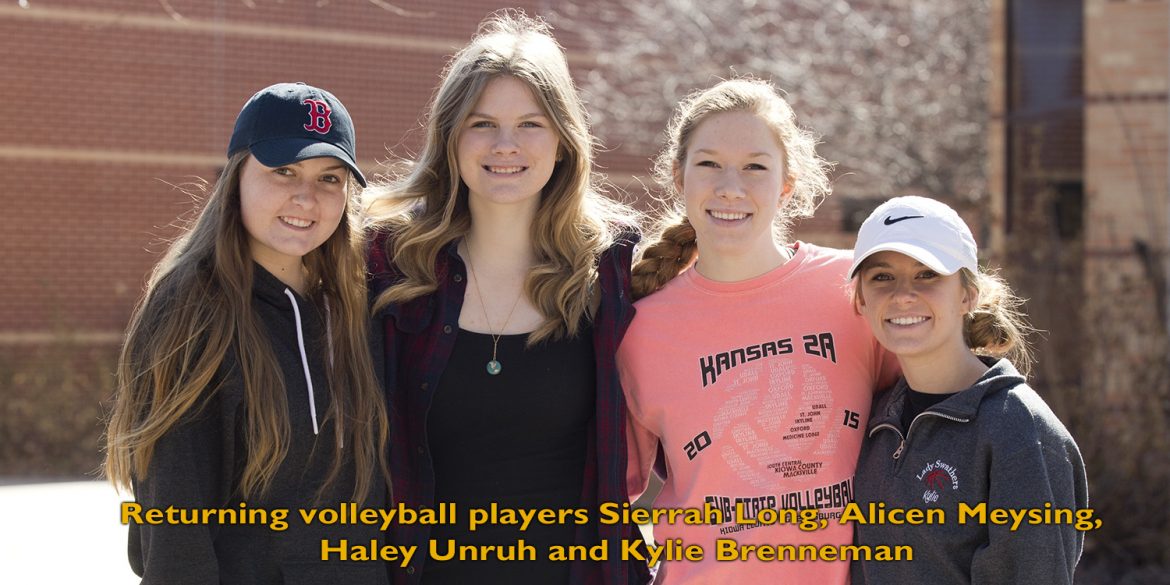 The Hesston College women’s volleyball program is proud to announce the commitments of seven student-athletes to join the Larks for the 2017 season. The Larks welcome four players from Kansas and one each from South Dakota, Colorado and Pennsylvania.

The group of seven incoming freshmen will join four returning sophomores to this year’s fall roster.

“I am really excited about this class that we have coming in next year,” Head Coach DeeDee Landes commented. “We have a lot of talent which will allow us to be fairly deep in several positions.” The Larks will look to improve on their 14-16 record in 2016 and coach Landes believes this class will help the program continue in the right direction. “I am really excited about what each girl is going to bring to the table next year and it will be great to see them grow together as a family and compete on the court​. I think that each of these girls will be a great fit for Hesston College and will thrive here.”

Joining the Larks this fall are:

Faith Hallmark, ​Setter, Libero, Augusta (Kan.) High School – a four-year volleyball letter winner for the Orioles, Ha​l​lmark earned 2nd team all-conference honors her freshman year and 1st team as a sophomore, junior and senior (AV-CTL-III) and was a 4A State​ All Tournament team member her final three years. Ha​ll​mark will major in nursing.

Hannah Yoder, MB, Freeman (S.D.) Academy – also a basketball and track athlete for the Bearcats. Freeman Academy’s volleyball team was district runner up in 2014 and 2015 and compiled the best record in school history in 2015. Yoder played her freshman year in Iowa and joined the Larks this semester.