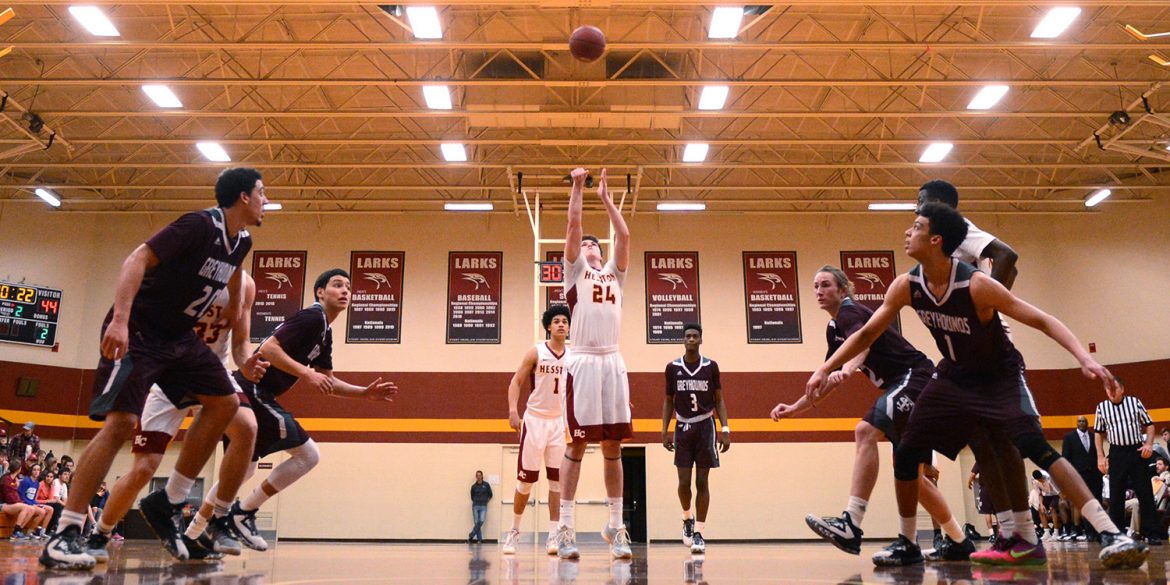 After trailing by 15 points in the second half, Hesston College men’s basketball rallied to within four only to lose 63-50 to the visiting Fort Scott (Kan.) Community College Greyhounds at Yost Center.

A defensive first half mixed with poor shooting saw both teams struggle to get any rhythm going. After things were knotted at 17-17 with under 3:00 to play in the first half, the Greyhounds responded with a 7-0 run to lead 24-17 and took a 26-20 edge at the break. The Greyhounds stretched their margin to 15 points at 44-29 midway through the second half. A 12-0 Hesston College run made it 44-41 Fort Scott before the Greyhounds responded. They came out of their timeout and rattled off their own 9-0 run to go up 53-41, taking control of the game and going on to win 63-50. Hesston College was held to 28% shooting for the game.

Fort Scott was automatic at the stripe, connecting on 17 of 18 free throws as a team. Freshman forward Heath Agnew (Mountain City, Texas) scored 12 points and three players added 9 points in the loss for Hesston, who dropped to 10-15. The Greyhounds received payback as they lost to the Larks 66-62 in Fort Scott last month. Tyler Zinn scored a game high 20 points (11/11 FT) to help secure the win for the Greyhounds.

“we rallied hard, again our defense was good enough all game, we just went through a stretch where we didn’t score,“ Head Coach Dustin Galyon said following the game.

Next up: The Larks will return to Yost Center on Saturday February 18 to take on Labette Community College. Tipoff will be at 3:30 p.m. against the Cardinals. Hesston College lost 75-63 at Labette on January 25.