Golf ready to get things swinging 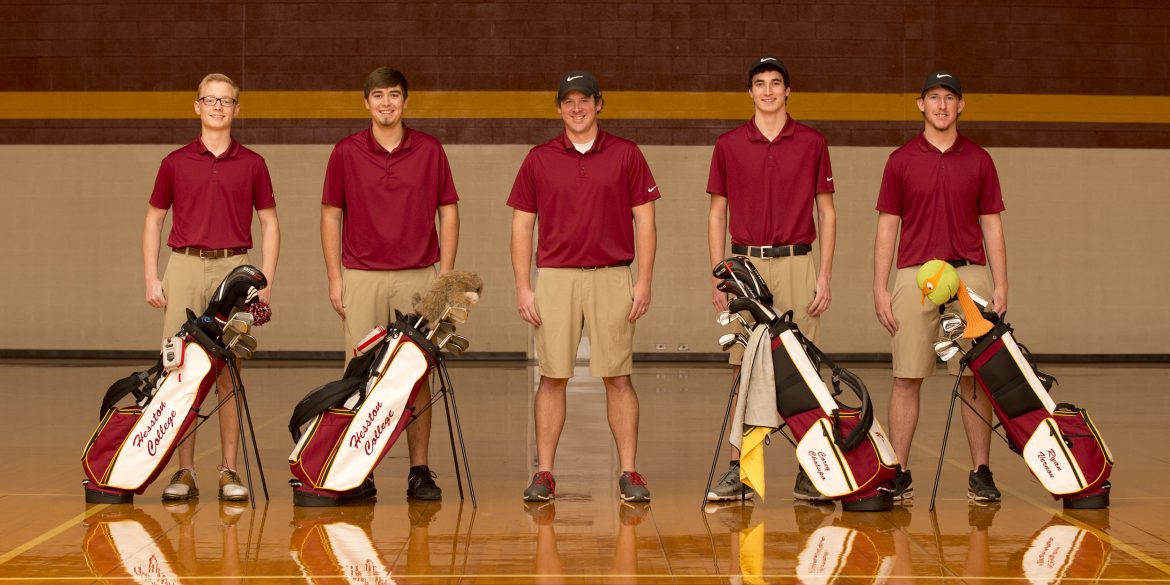 The Hesston College men’s golf team will make its debut with a seven-event 2017 spring schedule. The team opens Saturday, February 11, when they take on Central Christian College (McPherson, Kan.) in a duel. The Larks and Tigers will tee off at 11 a.m. at Hesston Golf Park.

Hesston College Golf was active this past fall, showing well on the course. “We should have finished top three in all of our events,“ Frantz commented. “It was just a matter of one stroke here and there.”

Following this weekend, the Larks will have a few weeks off before traveling to Springfield, Mo., on March 10 and 11 for the Evangel University Spring Invitational at Rivercut Golf Course. Hesston will then head to Myrtle Beach, S.C., spending their spring break March 13 to 17 on the East Coast. The rest of the schedule includes: Kansas Wesleyan University Spring Invitational at the Salina Country Club March 27 and 28; Bethel College Invitational April 1 (Hesston Golf Park) and 2 (Newton’s Sand Creek Station); St. Gregory’s University Cavalier Classic at the Shawnee, Okla., Country Club April 3 and 4. The season will conclude with regionals in late April.