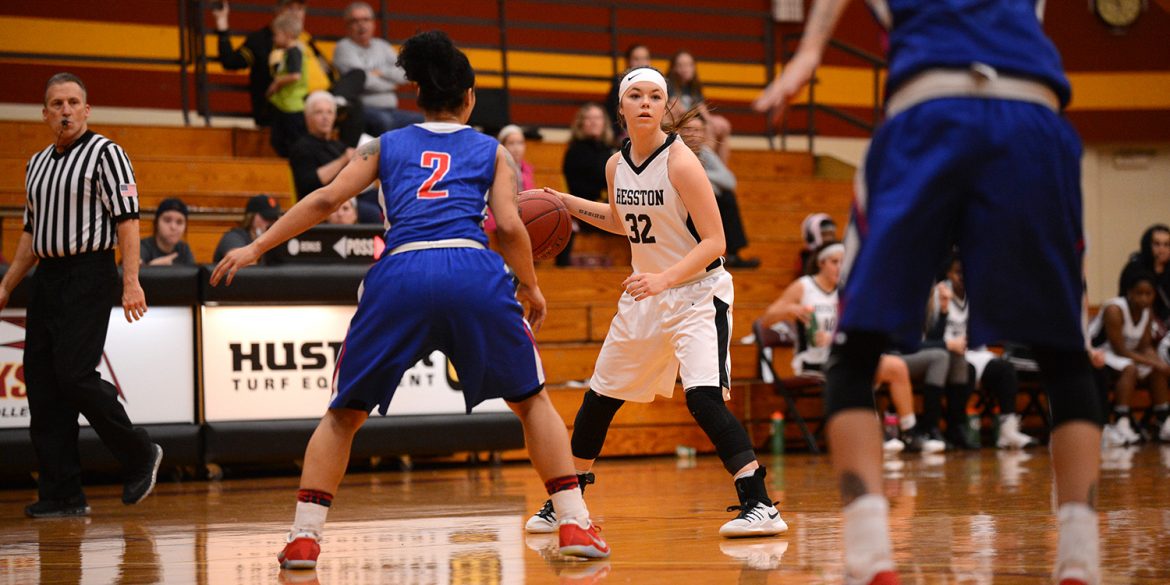 The Blue Devils jumped out to a quick 7-2 lead to open the game, and took a 19-10 advantage over the Larks after the first quarter. KCK made quick work of the Larks scoring down low and also from range outscoring Hesston College 23-10 in the second quarter, including a buzzer beating half court shot by Ky’ana French giving the Blue Devils a comfortable lead at halftime 42-20.

The Blue Devils started the third period with a 13-0 scoring run, that was eventually ended by a three pointer from freshman point guard Connor Atkinson (Hutchinson, Kan.). Hesston, unable to shake a cold shooting first half, were held to five points in the third quarter, and closed the quarter trailing 59-26.

Connor Atkinson (Hutchinson, Kan.) connected on four three pointers on the way to 14 points and freshman guard Shea Headrick (Cheraw, Colo.) chipped in 12 in the loss. Brooklyn Wagler scored a game high 21 points in the win for KCKCC.

The Blue Devils, ranked as high as #9 nationally this year, moved to 11-5 overall with the win. The loss drops Hesston College to 7-9.

The Larks look to end a three-game skid as they play back-to-back nights hosting Region VI foe Highland Community College Wednesday night. Tipoff from Yost Center will be at 5:30.