Men’s basketball heats up in second half, tops Bethel College 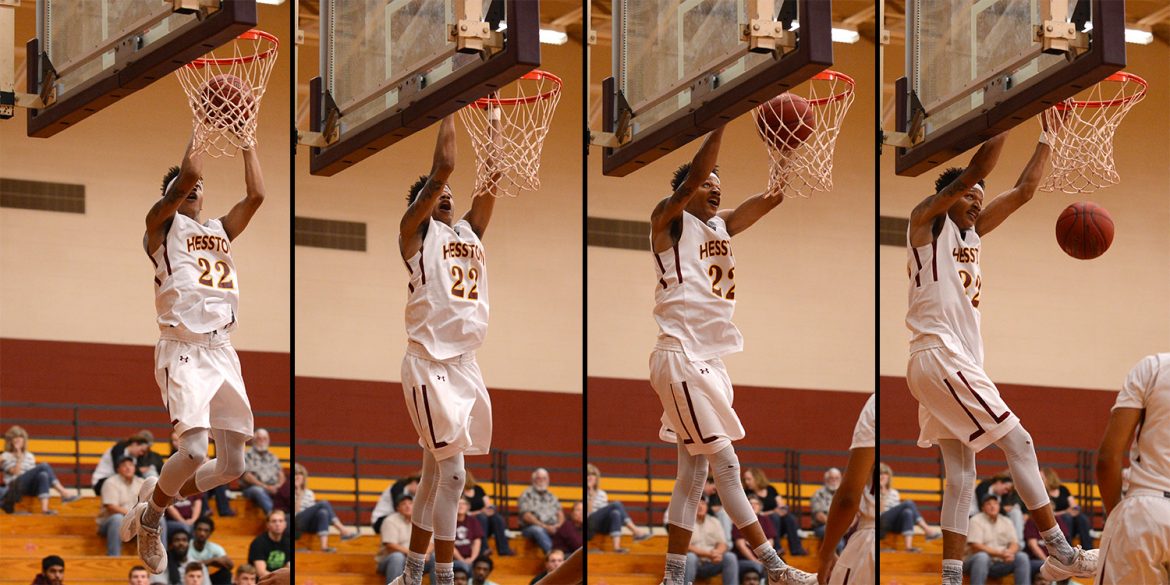 The Hesston College men’s basketball team used a hot shooting second half to knock off the Bethel College Threshers JV 93-70 to open the 2016-17 season.

After a lower scoring first half that saw the larks leading at 37-33, Hesston started to clamp down on the defensive side. “Our defensive intensity really picked up which allowed us to get buckets in transition and I thought our half-court execution was far better,” Coach Dustin Galyon commented. Hesston College moved the ball around better in the second half. “We did a far better job of getting the basketball to the open guy at the right time instead of trying to go one on one,” Galyon added. The Larks outscored Threshers 53-36 in the closing stanza.

The depth of the team was proven as two players came off the bench to score 10 + and fourteen players saw the floor in the win.

Hesston College will look to move to 2-0 on the season when they travel to Great Bend on the weekend for the Barton Community College Tournament. The Larks will face Washburn University JV on Friday ,Nov. 4, at 3:30 p.m. followed by the host Barton CC Cougars at 7:30 p.m. on Saturday, Nov. 5.