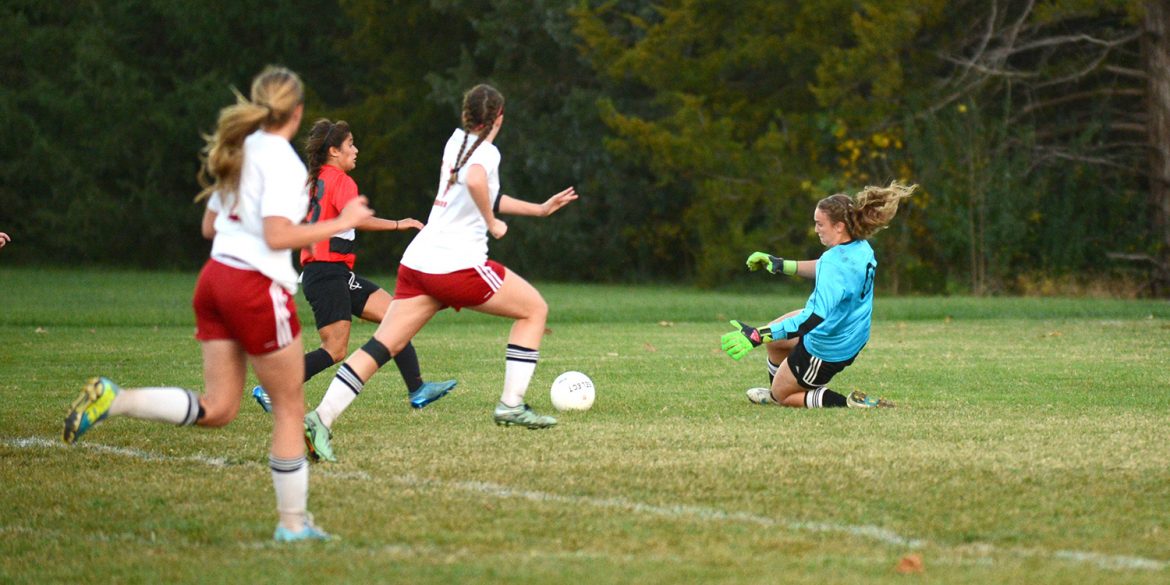 The Red Ravens didn’t take long to get things going, scoring in the 10th minute on a corner kick that was headed in past sophomore goalkeeper Cassidy Bontrager (Wellman, Iowa). The Larks responded with attacking play and more pressure in front of the goal but couldn’t find the back of the net. Coffeyville added a second goal before halftime to lead 2-0 at the break.

The Larks settled into the match but weren’t able to shake the two goal deficit. The Red Ravens scored two more late in the second half to gain a commanding 4-0 lead. Sophomore Mika Matsuda (Kyoto, Japan) missed an opportunity to put Hesston on the scoreboard putting her penalty kick wide left with seconds to go in the second half. With the win, the red Ravens advance to the next round where they will take on top seeded Butler County Community College (El Dorado, Kan.) at Hummer Park in Topeka.

“It is sad for me to see this season come to an end because each day it was a joy to go to practice,” Coach Bryan Kehr commented. “Coffeyville is a good team and played well; congratulations to the Red Ravens on advancing to the Region VI semifinals.“

The loss concludes the season for Hesston College, finishing with an impressive 12-6 record, one of the best seasons in the history of the program for Coach Kehr.

Several players added their names to the Hesston College record book this year. Sophomores Allison Ebersole (Lafayette, Colo.) and Mika Matsuda (Kyoto, Japan) took the top two spots in for goals (Ebersole-37; Matsuda-34) and points (Matsuda-118; Ebersole-84) in a career. Matsuda also set a career record for assists (50) and nearly matched her season assist mark with 22 this year. She also set a season mark for points with 60, surpassing her mark set last year by two points. Sophomore goal keeper Cassidy Bontrager is second in career and season shutouts with six. Bontrager is also second in season goals against average (1.54) and save percentage (.772).

“Our sophomores have placed their stamp on the program with both their play on the field and their work in the classroom and on campus. We will miss them,” Kehr added.