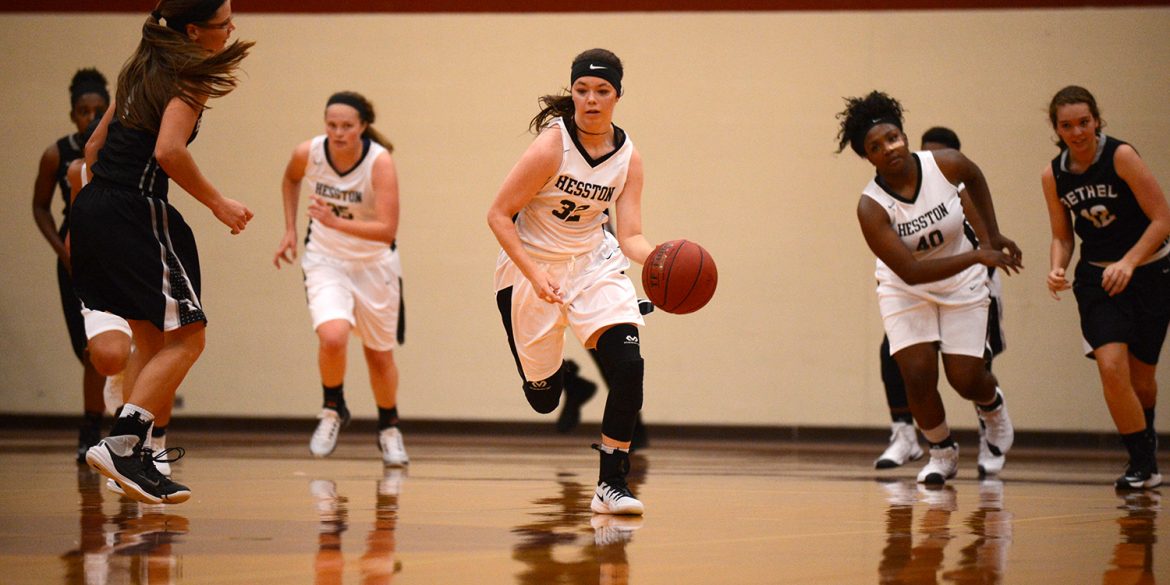 Both teams started cold from the field but Hesston managed to take a 9-6 lead at the end of the first quarter. The Threshers outscored the Larks by four in the second quarter to take a slim 24-23 halftime lead. Hesston shot a lowly 15 percent in the first half, but remained in the game with tough defense.

The third quarter saw the lead change hands several times but the Threshers scored the final five points to take a 40-35 at the end of the quarter. Bethel stretch the lead of seven before the Larks railed in the fourth quarter, cutting the deficit to as little as two points. Freshman guard Connor Atkinson (Hutchinson, Kan.) had a chance to bring things even at 52 with under 20 seconds left, only to see her three point attempt skip off the back of the rim.

Women’s basketball will look for their first win when they travel to Pratt (Kan.) Community College on Thursday to take on the Beavers. Tip off is set for 6 p.m.