Lantz signs to play soccer for the Larks 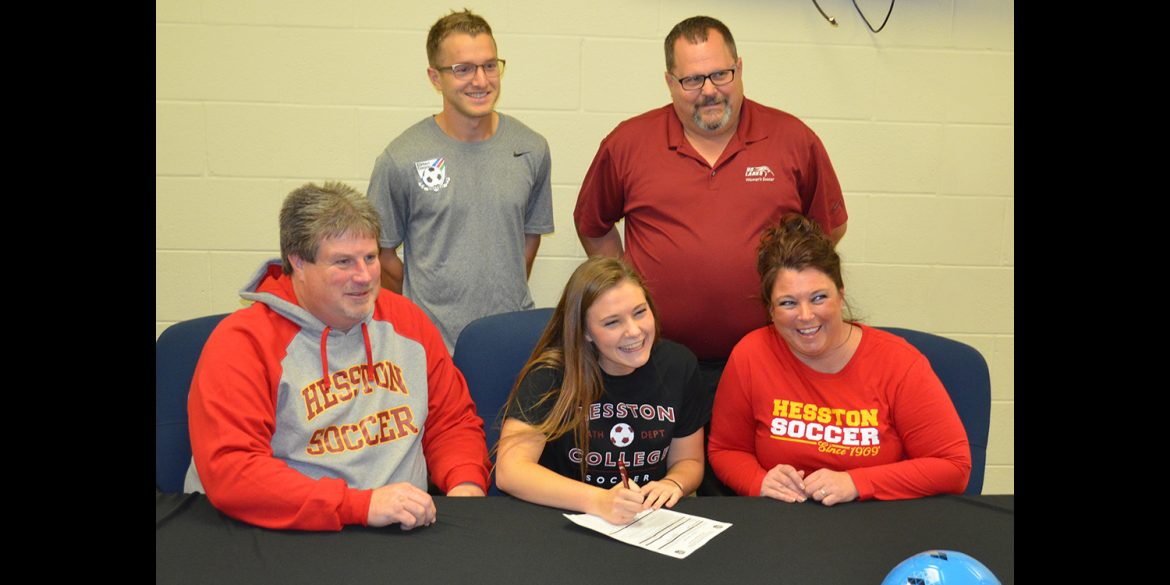 Hesston College women’s soccer coach Bryan Kehr signed Morgan Lantz, a defender from Elkhart County United FC and Northridge High School of Middlebury, Indiana, as the first member of the Larks 2017 recruiting class. Coach Kehr states, “I believe Morgan will be a great addition to the Larks team. I was impressed at her signing that former teammates traveled several hours to be with her during this time. This says a lot about the type of teammate Morgan is and will be at Hesston.”

United coach Drew Nussbaum says that Lantz “brings a fearless energy to the field which sets her apart. She will go toe to toe with any attacker. Off the field she is a compassionate kid and will be a great addition to Hesston College.” Coach Nussbaum is a 2009 Hesston College graduate.

Lantz plans to major in social work or criminal and restorative justice at Hesston. She is the daughter of Tori Lloyd, stepfather Derrick Lloyd and Phillip Lantz of Goshen, Indiana.