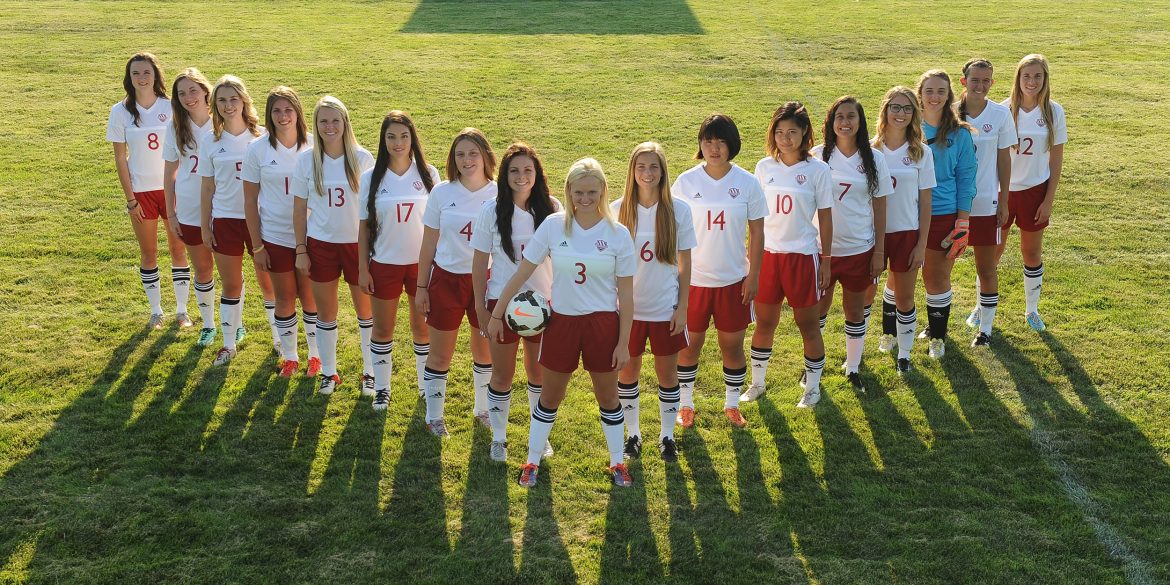 If you haven’t seen the Hesston College women’s soccer team play this season, you’re missing out. Not only are the Larks having the best season in the program’s history, as the number two team in Region VI, their 11-2 record makes them an intimidating competitor to some impressive teams.

On that list are Metropolitan Community College-Blue River (Independence, Mo.), Barton Community College (Great Bend, Kan.) and the nationally-ranked Hutchinson (Kan.) Community College who was tied with Hesston for the top spot in Region VI until a Oct. 7 game when Hesston lost to HCC 5 to 1. Other than HCC, Metropolitan CC-Blue River is the only team so far this season that has been able to defeat the Larks. Even more impressive: The Larks are also playing up to the Division I level of the National Junior College Athletic Association (NJCAA).

Hesston College has only had a women’s soccer program since 2007. In fact, between 2007 and 2015 they had an overall record of 56 wins, 98 losses and eight draws. So how are the Larks able to experience so much success now? Kehr is quick to note that this success didn’t happen overnight.

“This team builds on the success of past years,” Kehr said. “We had a great team last year with a 15-6 record which included being undefeated at home.”

The difference between this year’s team and last year’s team is that this year the returning players know what winning feels like.

“When players experience these winning attitudes, it becomes easier to replicate them,” Kehr said. “This year’s team has some special players with great soccer skill, but we are also comprised of players who are working hard and playing for each other.”

Part of the Larks success also has to do with how well the team has bonded.

“We began practice with each player and coach sharing their favorite 30 seconds of life that they would love to get to live over,” Kehr said. “Players share different memories, including a quiet time at the top of a mountain in Colorado, the birth of a niece, and the moment they were adopted.”

Kehr loves spending time like this with his team.

“Learning to know each of these outstanding young women even a little bit is the greatest moment so far,” he said.

His players agree.
“Playing with great teammates and creating friendships is definitely my favorite part,” freshman Jenna Boller said. “And having a winning streak is a definite bonus!”

The Larks look to continue their great season starting with a Oct. 12 rematch against Hutchinson Community College at Hutchinson.

*This article originally appeared in the Hesston Horizon.