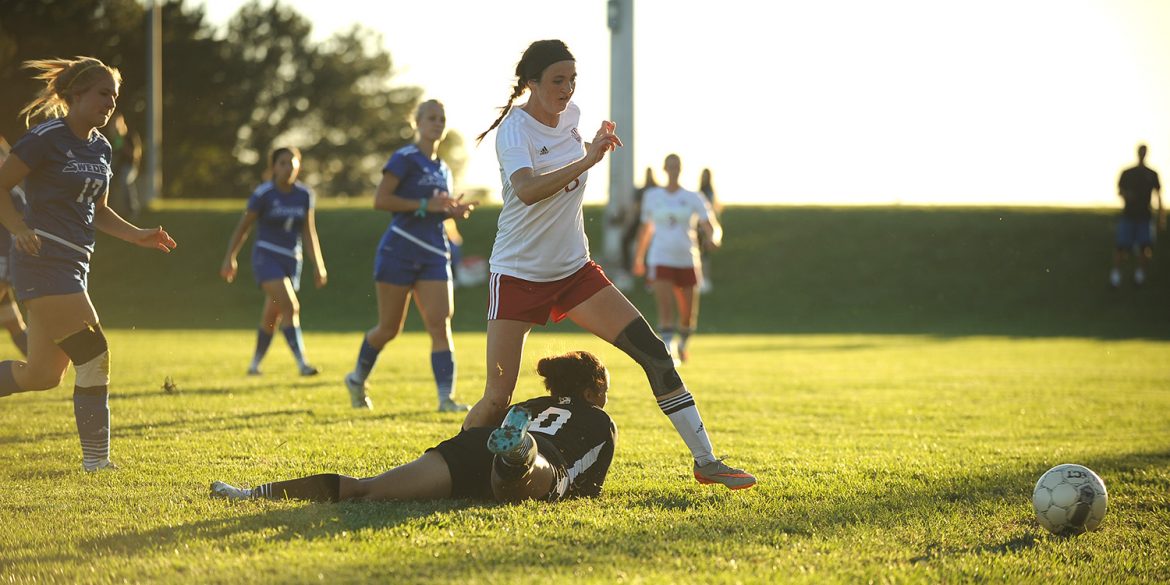 Sophomore Kenzie Johnston (Olathe, Kan.) scored three goals leading Hesston College to a comfortable victory. Johnson opened the scoring for the Larks pouncing on a back pass intended for the goalkeeper and slotted it in for a 1-0 lead just seven minutes into action. The Larks continued high pressure and were awarded another goal just after the half hour mark when Johnson struck again to pushing the lead to 2-0 at halftime.

The second half began with a Larks goal in the 47th minute as Miho Okuda (Noroshinoshi chliba-ken, Japan) scored from close range to give the team a comfortable lead. Johnson completed her hat trick in the 75th minute on a nicely taken goal. The nation’s assist leader, sophomore Mika Matsuda (Kyoto, Japan), didn’t get an assist but scored a goal in the 85th minute to put the Larks in front 5-0. Sophomore Dakoda Lee (Boise, Idaho) added the exclamation point with the sixth goal of the night coming two minutes before the final whistle.

“I thought we looked good and moved the ball around pretty well tonight,” said Coach Kehr following the game. Goalkeeper Cassidy Bontrager (Wellman, Iowa) notched three saves in route to another shut out.

Women’s soccer will look for their 10th win of the season on Saturday, Oct. 1, when they play host to the Garden City Broncbusters at 5 p.m. Garden City will be looking for revenge after dropping a close 2-0 match to Hesston Sept. 20