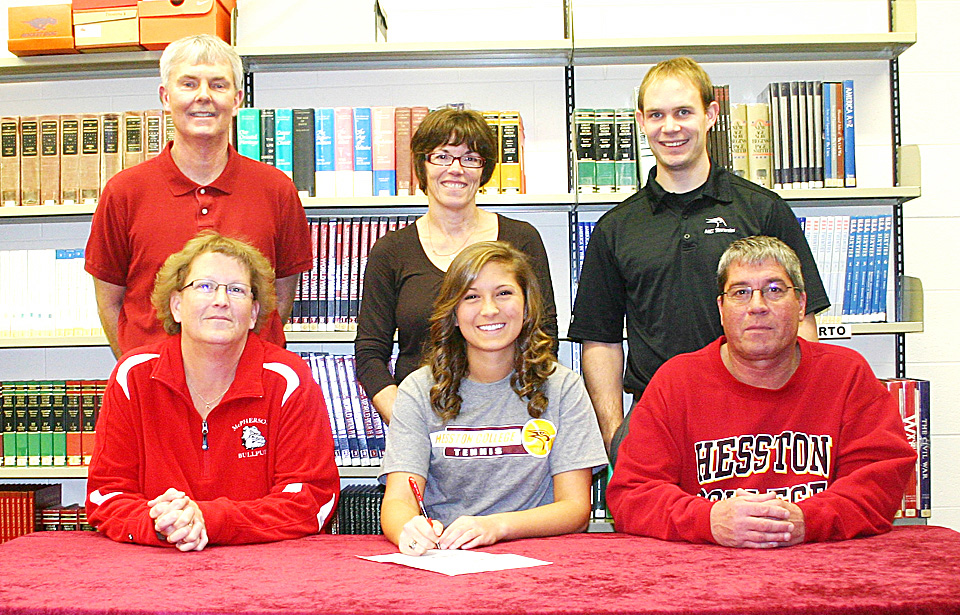 Erika Wedel, a senior at McPherson (Kan.) High School, has signed a letter-of-intent to continue her tennis career at Hesston College.

Wedel played four years of Tennis at McPherson, lettering in each of the last two. During her summers she participated in Mac Advantage tennis, a United States Tennis Association (USTA) program. After compiling a combined 76-42 mark in her tennis career for McPherson, Wedel advanced to the state tournament in doubles her senior year.

An honor roll member all four years of high school, Wedel will pursue a Nursing degree at Hesston. She currently works as a CNA at Schowalter Villa retirement home in Hesston.

“Having Erika as the first signee for this year is symbolic of who she is,” said Hesston tennis coach Jeron Baker. “Erika will be a significant piece of a rebuilding effort in this program with her energy and desire to grow, as well as her overall fit at Hesston College. She will help bring in another three or four solid student athletes either for next year or the year after that. I look forward to the things Erika can do in the classroom and on the court over the next two years.”

Wedel is the daughter of Tracey and Rex Wedel, McPherson.